Wildlife Iceland offers a range of different birdwatching packages along the Northeast Iceland Birding Trail. We offer both self-drive and group tours. Our expert guides have in-depth knowledge of the birds and the geography of the region as they were brought up locally.

Imagine encountering whales in wild nature. This is what we do at Gentle Giants and welcome you to join us. Gentle Giants offers whale watching tours and other exciting seafaring adventures from Húsavík, in the north of Iceland – often considered as the Whale Watching Capital of Europe.

We also do tailor made tours according to your wishes. For photographing birds, whales, seals, foxes or reindeers. Contact us and we work on the solution with you.

If you do not find any tour that suits your needs. Please contact us and we can see if there is anything we can find that you like.

23 species of cetacean have been seen around the coast of Iceland, including the world’s largest animal, the Blue Whale. About half of these species have been seen in Skjálfandi Bay, from the smallest to the greatest of them all. Two species of seals regularly pup in Iceland, namely Harbour Seal and Grey Seal, while four other species of true seals (Arctic Ringed Seal, Harp Seal, Hooded Seal and Bearded Seal) and Walruses are occasional guests from the north. All these species have been seen in Skjálfandi Bay. Wild land mammals occurring in Iceland are Arctic Fox, American Mink, Reindeer, Rabbit and other smaller rodents.
Unique 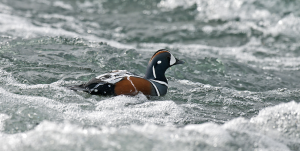 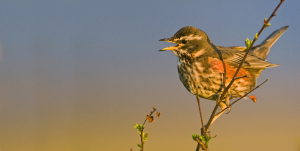 North-east Iceland offers you a wide range of excellent birdwatching sites. Birdlife and bird habitats are extremely diverse, typified in this region by highland oases, lakes of global importance for birds, rich birch woods and scrubland. Wetlands, small lakes and deltas are frequently encountered and moorlands are found widely.  North-east Iceland also has beaches and shores, many with an Arctic character, and the sea cliffs are swarming with seabirds that can often easily be approached.

In April, as spring arrives and the ice on the lakes melts, migratory birds flock to Iceland. Fields, beaches, ponds, lakes and rivers are awash with birds arriving from Europe and Africa. The first breeders, like Raven and Gyr Falcon, have already laid their eggs by this time and at the end of April the Horned Grebe starts its impressive courtship display.

In May the elaborate display of numerous species of ducks reaches its climax. May and June are generally the best months for birdwatching. Nature is then recovering from the long, hard winter and the birds are extremely active and conspicuous.

The countryside is filled with the sound of birdsong, courtship and lively displays, the sun barely goes below the horizon and the symphony of nature seems endless. Drakes are particularly impressive at this time of year, with Long-tailed Ducks and Barrow’s Goldeneyes fighting vigorously for mates and territory. Harlequin Ducks hurtle along the rivers, Great Northern Divers howl on the lakes, and by the sea Puffins, Kittiwakes, Common Eiders and other seabirds can be found making nests and laying their eggs.

In July everything seems to calm down and the adult birds get on with quietly feeding and raising their young. The drakes moult and group. Drake Harlequin Ducks and Common Scoters head for the sea. In August, the birds gather for migration and those who travel the longest distances, like the Whimbrel and the Arctic Tern head for their wintering grounds. Lake Mývatn, is by now, like other lakes, swarming with ducks if the breeding season has been successful. In September many migratory birds leave North-east Iceland but geese and some ducks and passerines do not leave until October. However, numerous birds remain in the area during the winter. At Lake Mývatn and River Laxá extensive areas remain free of ice all winter and attract Whooper Swans, Barrow’s Goldeneyes, Goosanders and Mallards. By the sea there are still many birds around; the Great Cormorant stretches his wings, Common Eiders, Harlequin Ducks and Long-tailed Ducks are frequently seen as well as gulls and other resident birds. Visitors like the King Eider and the Little Auk can also be seen at this time.

See which tours you can book
Unique 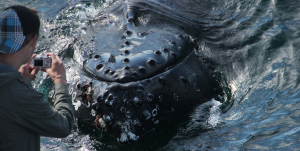 23 species of cetacean have been seen around the coast of Iceland and 15 of these are common. Six species of true seal have been seen in Iceland, two of which are common while the others are scarce visitors from the north. Walruses are also occasionally seen as vagrants. See which tours you can book 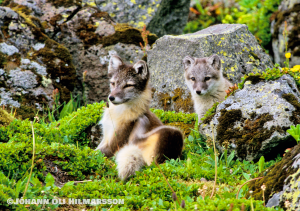 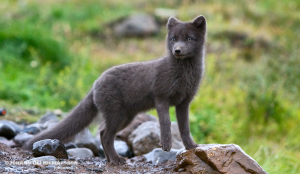 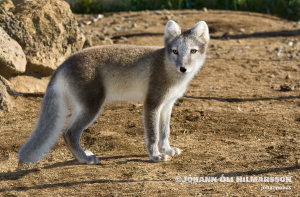 Wild terrestrial mammals found in Iceland are Arctic Fox, American Mink, Reindeer, Rabbit, Brown Rat, House Mouse and Wood Mouse. With the exception of the Arctic Fox, all have been introduced to Iceland by humans. Polar Bears occasionally reach Iceland.
See which tours you can book

Birding Along the Northcoast is a unique experience 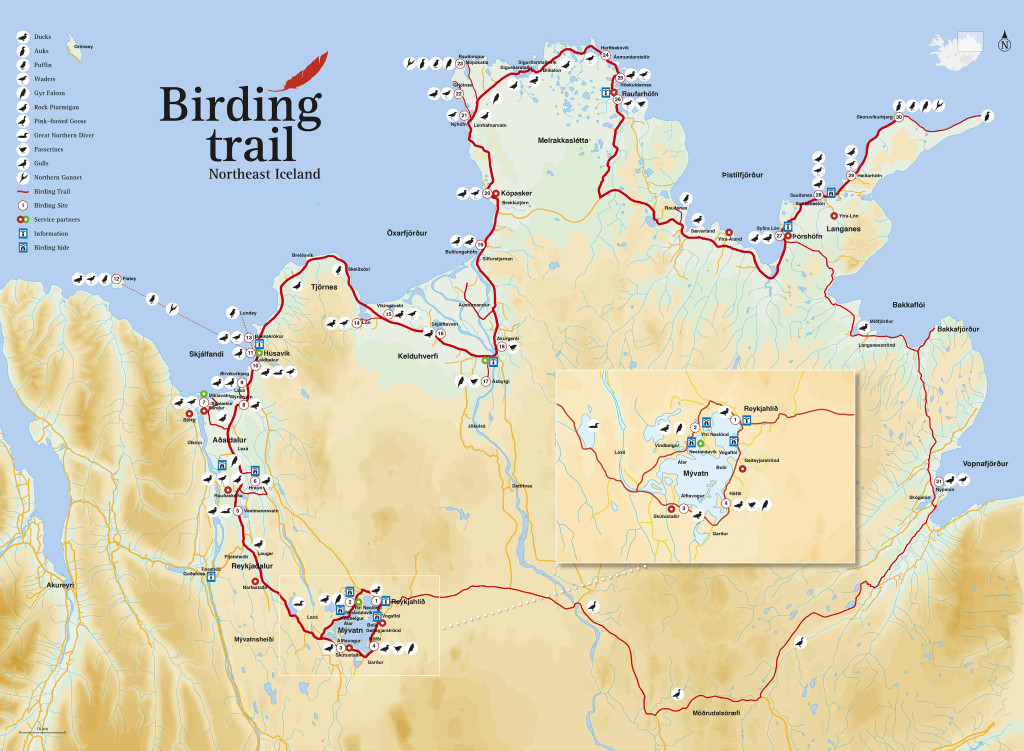 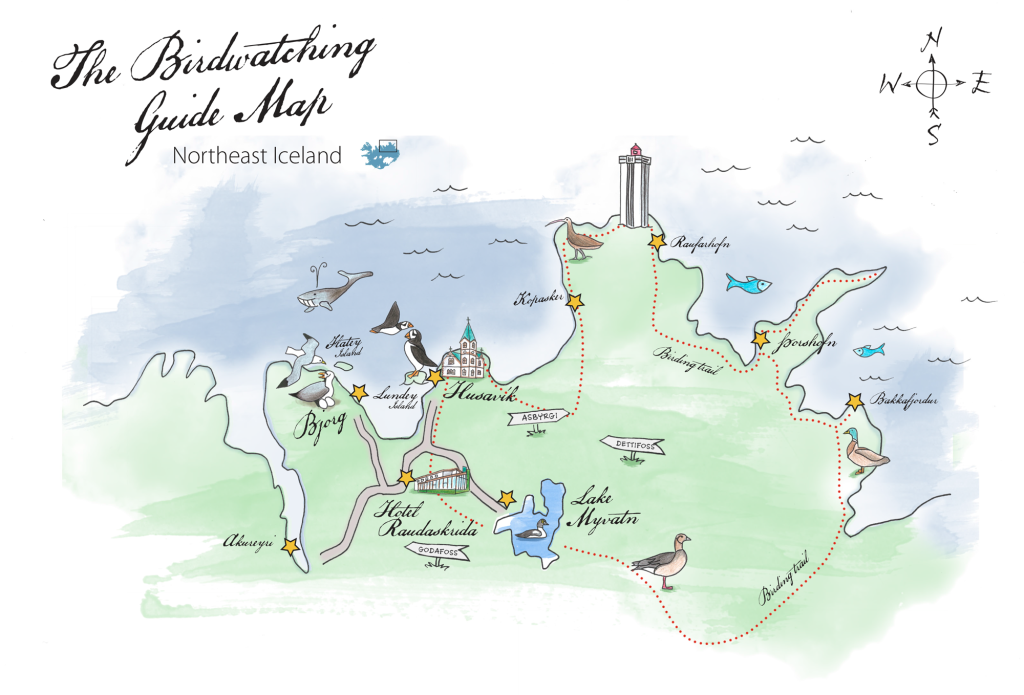 No matter how much you love birds, there’s a point in any long day’s watching when you begin to be thankful for the onset of dusk. Thoughts turn to good food, a drink or two, perhaps, a chat about the day’s most memorable sightings round a blazing fire, and bed. Visit the far north of Iceland […]

In courtesy of Birdwatch Magazine and Steve Young A pale-morph Arctic Skua drifted past, closely pursued by a Black- tailed Godwit, while a Red- necked Phalarope gave half- hearted assistance in the chase. A pair of Whooper Swans swam by on the river and Common Snipe performed their drumming display overhead. This was certainly a far […]

In courtesy of Dr. Marianne H. Rasmussen Abstract For the first time bio-logging tags were attached to free-ranging white-beaked dolphins, Lagenorhynchus albirostris. A satellite tag was attached to one animal while an acoustic A-tag, a time-depth recorder and a VHF transmitter complex was attached to a second dolphin with a suction cup. The satellite tag […]

In courtesy of Iversen, M., Rasmussen, M. H., Cecchetti, A., Sigurðardóttur, V., Wald, E. and Víkingsson, G. A. 2011 Introduction Blue Whales (Balaenoptera musculus) of the North East Atlantic population are presumably feeding around Iceland in the months of June, July and August. Until 2004, these giants were observed every year off Ólafsvík (64°52’60”N, 23°43’0”W) on […]

In courtesy of Dr. Olafur K Nielsen and The Peregrine Fund Icelandic Institute of Natural History, Urriðaholtsstræti 6 –8, P.O. Box 125, 212 Garðabær, Iceland. E-mail: okn@ni.is I have studied the population ecology of the Gyrfalcon (Falco rusticolus) since 1981 on a 5,300-km2 study area in northeast Iceland harbouring 83 traditional Gyrfalcon territories. The main […]

From the Magazine Bliki, published by The Icelandic Institute of Natural History, in coutesy of The Icelandic Institute of Natural History and Mr. Yann Kolbeinsson. The Red Phalarope is one of the rarest breeding birds in Iceland and has decreased in number or even disappeared from some breeding sites, especially in south-west Iceland. Studies were […]

From the book Birds of Prey, in courtesy of Dr. Olafur K Nielsen and Des Thompson Introduction The gyrfalcon Falco rusticolus is a big and a powerful falcon of arctic and boreal alpine areas. It has long, broad, tapered wings and long tail, and is capable of making very fast and prolonged aerobic flights catching […]

Harvest and Population Change of Rock Ptarmigan in Iceland

In courtesy of Dr. Olafur K Nielsen and The Peregrine Fund The Rock Ptarmigan (Lagopus muta) is the only upland game bird in Iceland. Presently the annual number harvested is below 100,000 birds, but was much higher earlier (max. c. 270,000 birds). The population is monitored, and this program involves: (1) an annual spring census […]

From the Magazine Fuglar, published by BirdLife Iceland, in courtesy of BirdLife Iceland and Tómas G. Gunnarsson Tómas Grétar Gunnarsson is an ornithologist and works at the University of Iceland. His main academic focus has been on the study of Icelandic waders. His research into the Black-tailed Godwit is part of an international project in […]

At our three star eco-friendly Country Hotel we offer spacious rooms with private facilities. Our hotel rooms are also equipped with, coffee/tea maker, satellite TV, radio/alarm clock and a hair dryer. Phone and internet access is also available upon request. We also have available a family room and a cottage.
More info

With Gentle Giants you can experience exciting seafaring adventures. We are located in the famous whale watching town Húsavík, by Skjálfandi bay, on the northern coast of Iceland. We are proud of our background with more than 150 years of family history in the bay. Welcome to experience unforgettable adventures with us at Gentle Giants.

Sigurgeir´s Bird Museum was opened at it´s current location, by Lake Myvatn, in 2008. The collection is the work of the late Sigurgeir Stefansson, who was an enthusiastic birder and nature lover. His dream was to open a bird museum for birdwatchers but also for educational purposes.

Arctic Nature Experience is a state licenced coach and travel operator which offers comprehensive services and advice to groups of all sizes. The company specialises in sightseeing tours and excursions throughout the entire country.

Bjorg is a traditional Icelandic farm, located by the sea at Skjalfandi Bay. The landscape is spectacular with 5km of vertical cliffs, up to appr. 250m high, extending towards the sea on one hand where, during wintertime, a very famous ice-climbing routes are located.